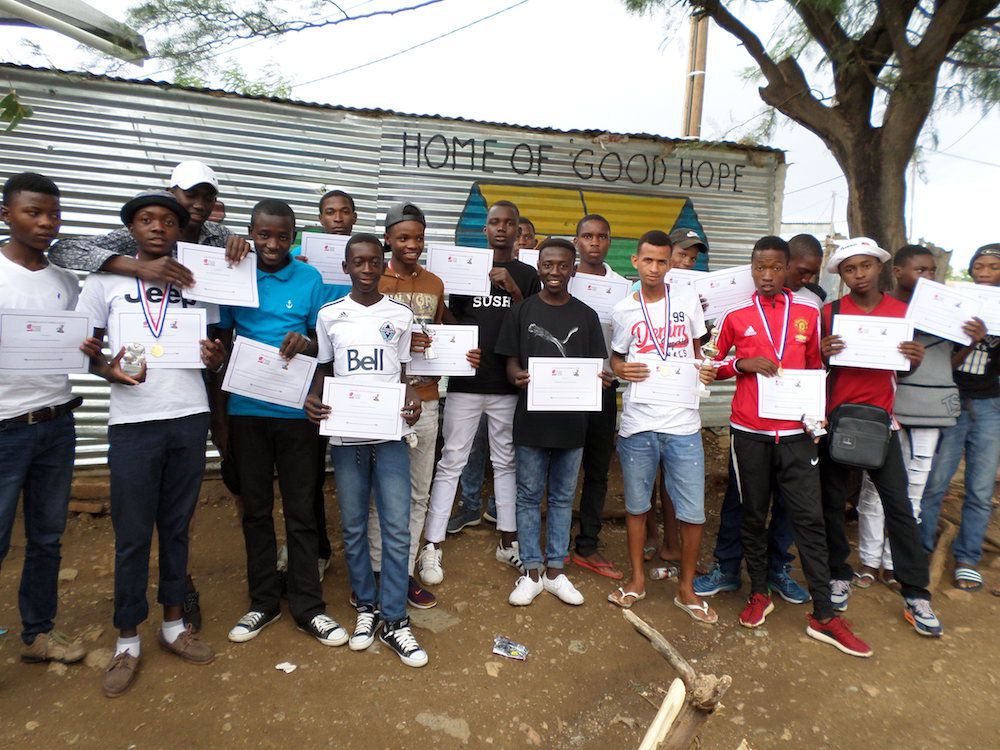 Third prize in the youth football competition in Windhoek, that calls for a celebration!

Last season the HoGH football team won prizes again. During the Khomas U/17 Youth League in Windhoek, Namibia again managed to get a bronze medal.

Our sincere congratulations to the Home of Good Hope football team and their coach Peacemaker Imanga!

It is quite a performance of these guys, we are very proud of the HoGH football team!

Special congratulations are for Zheera, Mandume, Oubaas, Kashina and Ndonga. These athletes received an extra reward for their great efforts last season.

The conditions have not got any easier in Namibia. Since last year, the boys can’t play football on grass anymore because the drought has changed all the football fields from a lawn into dusty gravel fields. If you consider that this autumn the temperatures are usually above 30 degrees Celsius and the sun seems unmerciful, then it is clear to us that it is quite an achievement!

Just like with us, football is more than just winning a match. Football is a team sport that, in addition to working together, also requires the necessary discipline from the boys.

We have seen with our own eyes that the football team is very disciplined and independent during the warming up before the game starts and also how the players seek the coolness by pouring bottles of water over them during the break.

Well, playing football in Africa is really something different than in Europe but the fun with football as a game is the same everywhere in the world!

That calls for a party with a snack and a drink. And a prize-giving ceremony for the players who have distinguished themselves with a certificate for all players of the team! 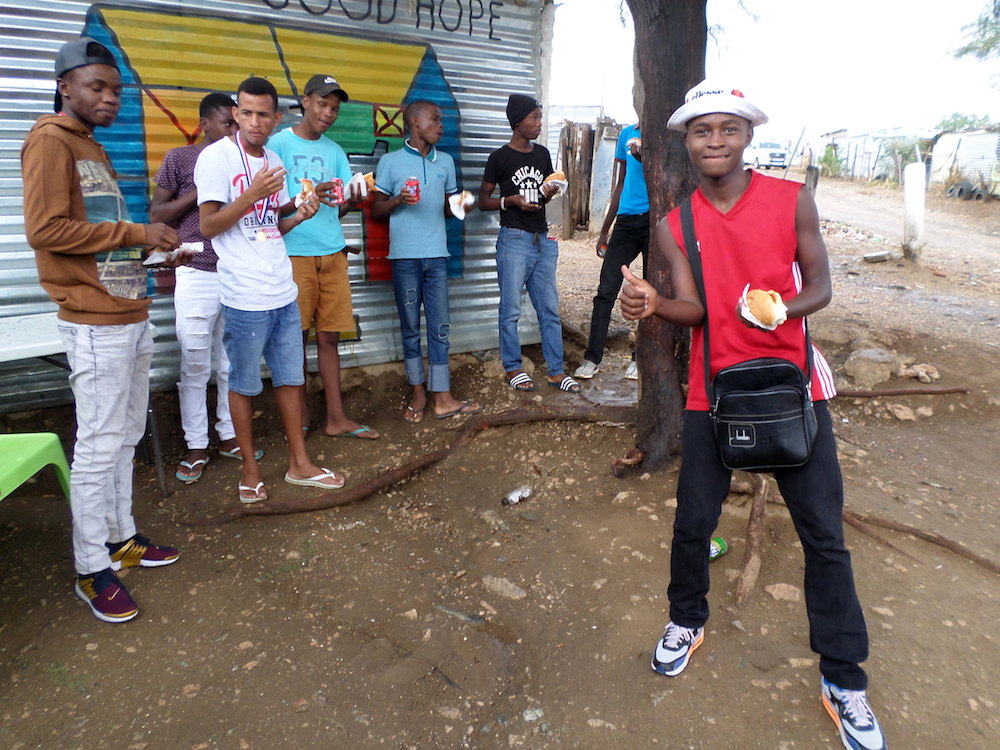